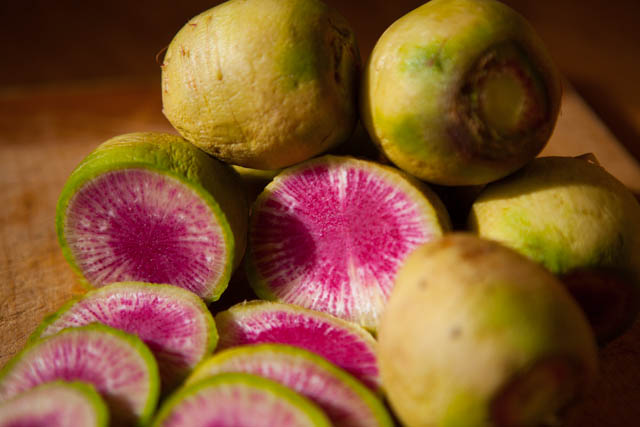 Along with cabbage, radishes are my favorite fermentable food.  They are so porous that they readily absorb the flavors of the fermentation process and whatever spices you might add, yet they still maintain a somewhat crisp texture.  While I commonly use the common red radish and daikon, in the fall, these beautiful “watermelon radishes” show up at my local food coop, and I buy up a bunch and start with fermenting them.  They make nice presents to bring to holiday parties with their beautiful green and red coloring.